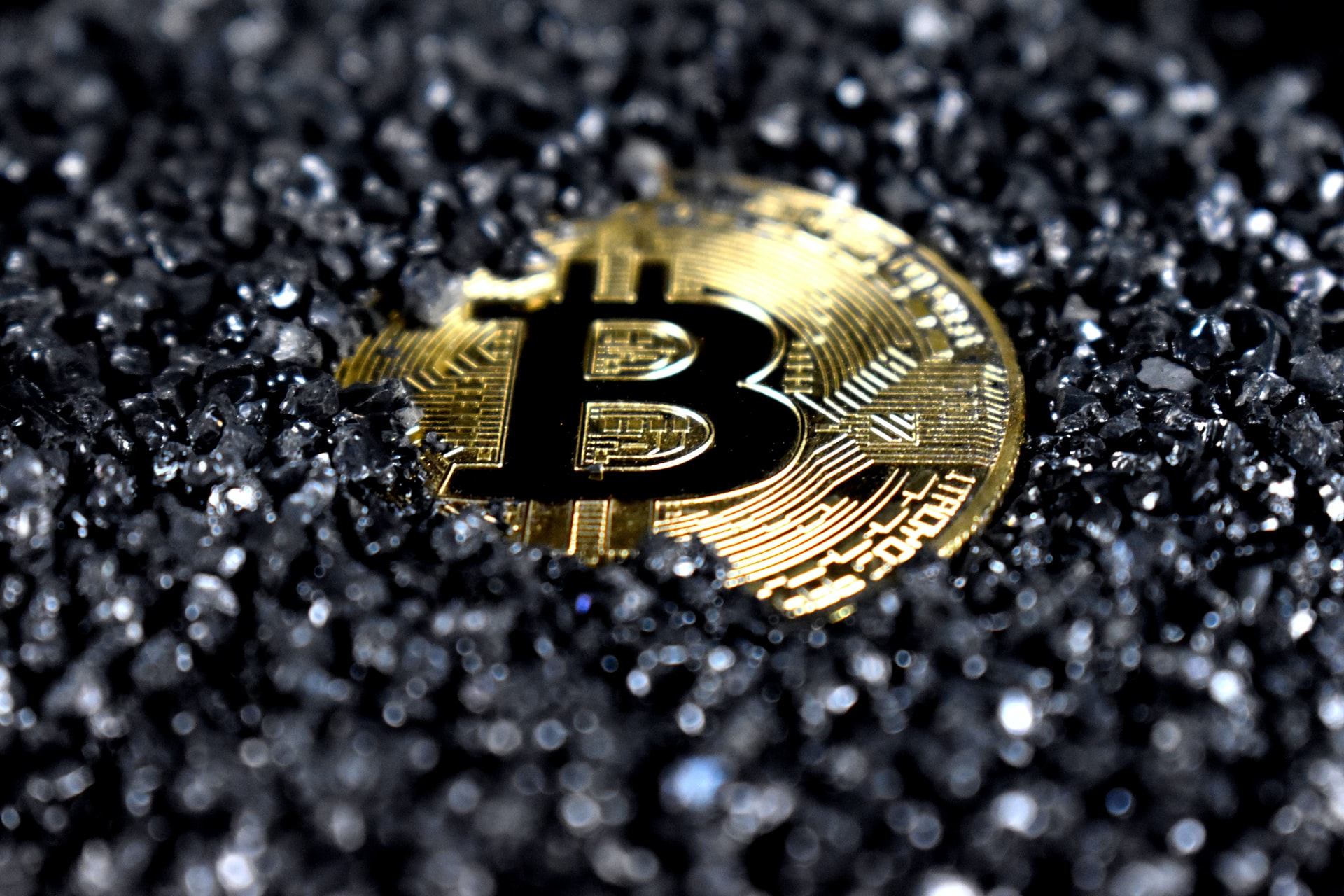 A Beginner’s Guide to Cryptocurrency and Climate Change

Cryptocurrency has dominated the global news cycle in 2021. Over the past twelve months, the global crypto market cap has increased fivefold – topping $3 trillion for the first time ever.

Bitcoin, the first and largest cryptocurrency, has made even greater gains in recent years. In November 2021, it reached an all time high of $68,000 per coin. That’s ninety times higher than the same month of 2016. (Though at the time of writing, one month later, the price of Bitcoin has dropped roughly 30% from its November peak.)

Unfortunately, one of the clear downsides of many cryptocurrencies is their heavy energy use.  One 2019 study even found Bitcoin’s annual emissions to rival small countries like Jordan and Sri Lanka.

If you’re having trouble wrapping your head around that, you’re not alone. That’s why we’re decrypting crypto’s carbon footprint.

But first – what exactly is cryptocurrency?

In simple terms, cryptocurrency, or crypto, is a form of digital money. Cryptocurrency holders exchange virtual “coins” or “tokens” via peer-to-peer networks, without needing to go through a middleman like a bank or payment processor. This exchange is logged, verified, and monitored on a digital public ledger called a blockchain.

Unlike traditional currencies, most cryptocurrencies are decentralized – meaning they’re not controlled by a government or central bank. They’re also cryptographic, or secured by complex mathematical equations that make them nearly impossible to counterfeit or double spend.

There are thousands of cryptocurrencies. Bitcoin, which launched in 2008, is the biggest and best-known cryptocurrency, and others like Ethereum, Bitcoin Cash, and Litecoin have grown as alternatives. Crypto can be used in a myriad of ways: for investment purposes, to buy goods and services, and even to snag a plot of “land” in the metaverse. (Virtual property markets are booming.)

The problem? Most cryptocurrencies have a massive carbon footprint

Unfortunately, many cryptocurrencies like Bitcoin are energy-intensive by design. The processes with which they manage and secure their networks require huge amounts of electricity.

This translates to a hefty carbon footprint; and as adoption rates accelerate, Bitcoin’s is on the rise. In fact, a 2018 study found Bitcoin’s emissions alone could push global warming past 2ºC if they continue on their current trajectory.

Studies indicate mining Bitcoin is 15 times more carbon-intensive than mining gold. As of May 2021, estimates suggest that a single bitcoin has a carbon footprint of 191 tonnes of CO2e. It would take about 12 years of regular living for an average American to rack up that kind of carbon footprint.

In early 2021, Tesla invested $1.5 billion in Bitcoin and announced it would begin accepting the cryptocurrency as payment for its electric vehicles. The revelation drew immediate fire, with critics claiming Tesla’s Bitcoin holdings alone were equivalent to a year’s worth of emissions from 10.8 million gas-powered cars.

What’s at the root of crypto’s carbon footprint?

Although Bitcoin receives the bulk of crypto’s climate criticism, plenty of other cryptocurrencies are energy-intensive too – they just operate at a much smaller scale. At the root of the problem is a process called “proof of work” (PoW) mining. ‍

PoW mining is the original mechanism used by Bitcoin to verify and secure its blockchain, and is used by hundreds of other coins, like Ethereum, Litecoin, Dogecoin, and Manero. At the time of writing this piece, coins using PoW mechanisms make up 65% of crypto’s current market capitalization.

An Overview of Cryptocurrency Mining

When you swipe your bank card, your financial institution confirms a few things before completing the transaction:

Most cryptocurrencies are decentralized. In theory, this means no single institution has the power to manipulate or regulate their use or supply. (It’s part of what makes cryptocurrency so revolutionary.)

But decentralized currencies still need a way to ensure that they are stable and secure. To do this, they use a “consensus mechanism” – a system for computers monitoring a network to agree on which transactions are legitimate.

Proof of work (PoW) is the most common consensus mechanism, followed closely by proof of stake (PoS). The monitoring activity that occurs on both PoW and PoS networks is called mining.

PoS is 99.99% more energy-efficient than PoW by some estimates, and these inefficiencies are the root of crypto’s carbon footprint problem.

When you send cryptocurrency from one digital wallet to another, the exchange gets logged on that currency’s blockchain. (Ex: the Ethereum blockchain.) Next, a global network of computers - called miners - work to verify the transaction.

With PoW, miners race to audit and verify a group - or “block” - of transactions on a blockchain ledger. Once they complete the block, they compete to solve a complicated mathematical equation and “prove” their work. The first miner to arrive at the right answer, or hash, unlocks newly-minted currency as a reward.

The reward for solving a PoW hash can be substantial –  especially with high-value currency like Bitcoin. At the time of writing, miners receive 6.25 bitcoin, worth $56,730 apiece.

Each equation on a PoW blockchain has billions of possible solutions, and regular computers can’t guess fast enough to stand a chance at solving the hash. Instead, miners use special devices called “mining rigs,” which are equipped with powerful hardware and operate at lighting speed.

Just like your Macbook, mining rigs draw from an electrical grid. But mining operations run hundreds, sometimes thousands, of rigs 24 hours a day. And each individual rig uses as much electricity as a window AC unit.

‍Unsurprisingly, this isn’t cheap. And while it’s tough to pinpoint their precise locations, many major mining operations center around places where electricity prices are low. Up until very recently, an estimated 75% of the Bitcoin network's computational power was based in China.

The problem? More than half of China’s electricity comes from high polluting, coal-fired power plants.

When miners solve a hash on the Bitcoin blockchain, they receive 6.25 bitcoin – regardless of how much each coin is worth. As the price of Bitcoin rises, this reward becomes more valuable. (A 6.25 bitcoin reward is more enticing when a single coin is worth $50,000 than, say, $30,000.)

But as the rewards for Bitcoin mining increase, so does the competition. And when the amount of computers mining a blockchain increases, the network responds by increasing the hashrate, i.e., making the algorithms more difficult to solve.

This means more computers are using more energy to complete the PoW process when the hashrate is high. As a result, more electricity is expended to verify each transaction and produce new coins. (This holds true for most PoW-based cryptocurrencies, not just Bitcoin.)

The Complicated Relationship Between Crypto and Renewables

In 2021, China banned the mining of Bitcoin and all other cryptocurrencies, creating an opportunity for mining to relocate to locations with a higher proportion of renewables.

Before the crackdown, renewables made up 39% of Bitcoin’s energy consumption worldwide. In contrast, around 66% of North American mining activity runs on clean energy. And as displaced miners seek abundant, cheap energy outside of China – the United States is rising as a peak alternative.

‍If a greater share of mining activity is powered by clean energy, it’s obviously beneficial to crypto’s carbon footprint. But Bitcoin mining alone has the energy demands of a small country. And when an operation eats up the available power on a renewable grid, it can no longer be used in an office, factory, or someone’s home.

Some Bitcoin enthusiasts (including Twitter CEO Jack Dorsey) argue mining could accelerate the clean energy transition. By their logic, as the cost of renewables drops, miners will be drawn to regions with cheap and abundant clean energy – driving up demand and subsidizing further buildout of renewable infrastructure.

Some miners have even entered “demand-response” contracts with utilities providers. In West Texas, for instance, new wind and solar operations are set to generate more capacity than demand – which grid operators can store for later use.

Operations like HODL Ranch are exploring ways to absorb this excess power at discounted prices, in exchange for agreeing to shut down at a moment’s notice during times of peak demand – like last year’s Southern ice storm.

The Rise of Lower-Footprint Cryptocurrencies

Proof of Work (PoW) systems used by cryptocurrencies like Bitcoin require huge amounts of energy to operate. But there’s more than one way to monitor blockchain activity, and Proof of Stake (PoS) is gaining traction as an alternative.

PoS works similar to PoW. A network of computers reaches consensus on blockchain activity and one participant is selected to log the latest batch of transactions, earning cryptocurrency in return. But PoS doesn’t rely on high-powered computers.‍

In general, PoS miners “stake” - or contribute their own coins to a pool - for a chance to validate transactions on a blockchain. Their mining power isn’t determined by how powerful of a computer they use, but by ownership “staked” compared to other miners.

This reduces both the incentive to attack the network and the need for high-powered mining rigs – you can even mine some tokens on your phone.

Solano and Cardano are the two largest PoS tokens. And Ethereum, the second-largest cryptocurrency by market cap, plans to transition to PoS next year to reduce its energy demands.

Currently, a single Etheruem transaction uses as much electricity as an average American household uses in a week. By transitioning to PoS, Etheruem estimates it will cut energy consumption by more than 99%.

So, where does that leave you (and your carbon footprint)?

If market trends indicate anything, Bitcoin and other cryptocurrencies are here to stay. But it’s important to understand that investing in Bitcoin has a much larger relative carbon footprint than almost any other activity you could choose to engage in (and certainly than any other financial investment).

If you’re still eager to invest, here are a few practical suggestions. Note: the following does not constitute financial advice.

2019 research indicates buying a single bitcoin is comparable to driving over a million miles in a gas-powered car. As it increases in value, studies suggest the emissions associated with each transaction will rise.

There’s no getting around it. In its current state, Bitcoin is simply not sustainable.

If you’re someone who regularly invests in and uses Bitcoin, chances are this constitutes the lion’s share of your personal carbon footprint. Divesting your holdings not only reduces your personal contribution to the problem, it frees up those funds to support lower-carbon currencies.

Divesting from Bitcoin doesn’t mean abandoning cryptocurrency altogether. There are over 15,000 coins on the market – so you’ve got plenty of options.  Coins that utilize Proof of Stake systems have substantially lower carbon footprints.

You can explore this ranked list of PoS tokens on CoinMarketCap.