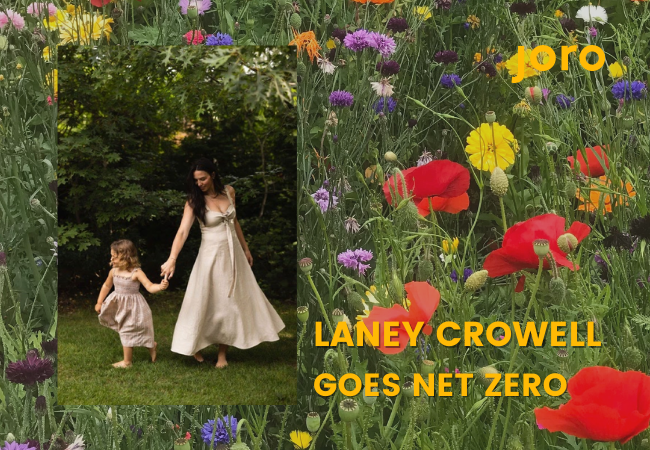 Laney Crowell is the founder and CEO of Saie, a clean and sustainable makeup company. At work and in her personal life, Laney asks herself what she can do to be more sustainable and inspire others to do the same.

See more People of Net Zero features here and learn more about the impact Laney has made with her network in her public Joro profile.

Laney Crowell on going rogue in the makeup industry

Laney Crowell has no problem making more work for herself – provided it’s for the good of the planet. As the founder and CEO of Saie, a clean makeup brand, sustainability is at the center of every decision in her workplace.

But making choices based on what will have the smallest footprint usually means skipping the easy route. “We have a complicated supply chain,” she laughs, “and I think we do things a little bit more ‘difficult’ than most brands.”

“For everything we do, from an inventory, product, and marketing perspective, we talk about the impact we’re creating – and how we can lessen, offset, or change it."

‍Sustainable, ethical beauty is complicated. In the US alone, the industry produces around 120 billion units of plastic packaging each year; and the vast majority is complicated or impossible to recycle. (According to a study by the LCA Centre, around 70% of emissions related to the industry could be prevented if we all used refillable containers.)

As for the ingredients and products within the packaging, most don’t need FDA approval before they go on the market. That’s one reason over half of cosmetics products in the US contain harmful “forever” chemicals called PFAS.

Another issue of ethical concern, the US has no national laws prohibiting the use of animals in cosmetics testing. Consider all this, and it’s easy to see the problem with the beauty industry’s status quo.

“[With Saie,] I decided I wanted to make the industry better,” says Laney. “That’s our mission: to make beauty that’s good on you, good for you and good for the planet.”

Saie uses 100% organic formulas and certified raw materials in every product it makes. It also works to produce as much packaging and product components as possible with compostable, recyclable, or post-consumer materials like paper, glass, and aluminum.

‍All that extra work translates to a lot of green credentials. Saie is Climate Neutral, Leaping Bunny-, and Plastic Negative-certified. It also donates 1% of its profits to environmental initiatives through membership in 1% for the Planet. You can read more about Saie’s sustainability commitments here.

But going rogue in a dirty industry isn’t easy, and Laney’s team is still working to find sustainable alternatives to complicated logistics throughout their product line. Packaging, she says, has been one of the bigger challenges.

The majority of Saie’s packaging is plastic-free. But they’ve yet to develop cost-effective solutions for some components, and still use virgin plastic in some cases. In the interim, they choose progress and transparency over perfection.

“One thing we decided to do,” says Laney, “is work with a company called RePurpose, which takes plastics out of the ocean to compensate for the fact that we still have some plastics in our packaging.”

Laney’s journey into climate entrepreneurship started in her childhood. Her mom worked for the Solar Institute of America, and she taught Laney from a young age to leave the planet better than she found it.

Later in life, Laney landed a job at Estée Lauder, one of the world’s largest beauty companies. But after seeing the negative impact they were having on the environment, she decided to create her own cosmetics line and try something different.

Just like her mom, whose career influenced her family’s household choices, Laney works hard to make sure her family’s lifestyle reflects the sustainable values on which she’s built her company.

One big thing they do is power their home and vehicles with 100% renewable energy. Together, transportation and electricity use produce over half of greenhouse gas emissions in the US – if we powered both sectors with green energy, the impact would be monumental.

Her family also composts organic food waste and other compostable materials with two large home units. Working in the beauty industry, Laney receives a lot of product samples, so she bought a Terracycle device to recycle items that would otherwise go to waste.

Laney’s family uses Joro to track and manage their carbon footprints and zero out the emissions they can’t avoid. The ability to offset flights through Joro is particularly useful, Laney says. As business owners, both she and her husband have to fly more than they’d like to.

Beyond her home life, Laney looks for ways to make a collective impact. Recently, she appeared on a climate optimist podcast, where she and the host talked about eco-anxiety, and how one hundred companies produce 70% of global carbon emissions.

It’s a daunting and intimidating statistic, but Laney sees it as an inspiration. “Those are really big, impenetrable companies, but there’s only 100 of them,” she says. “It’s a finite number of businesses that need to change for us to have a big impact.”

One way to flex our collective influence is by divesting from the worst offenders. After the podcast, Laney called up the bankers who manage her Roth IRA, SEP IRA, and other investments to divest from any fund with equity in any of the 100 highest-emitting companies.

Actions like these - ones we make at a personal or small business level - can reverberate throughout entire systems when other people catch wind of our solutions.

And when it comes to copying her ideas: Laney says, go for it.

‍Take merchandise, for example. Saie customers wanted branded apparel. Laney’s team designed a product and even had a sample made. But when it came time, she couldn’t pull the trigger:

“I just couldn’t go through with it,” Laney says. She knew the team hadn’t been able to find a manufacturer that met their sustainability standards.

Instead, she teamed up with three vintage curators to create Saie Vintage, a collection of exclusive, pre-loved merch (with a Saie spin).

“It’s so mindblowing how many clothes already exist on the planet that are in great condition,” Laney says. “So making vintage cooler and more accessible was something we were really excited about.”
‍

Laney says they weren’t sure if customers would love the idea as much as they did: but the line sold out almost instantaneously.

Laney says much of what they’re doing at Saie is to be an inspiration to the industry. Offering new solutions as guideposts, rather than hoarding our good ideas, is how we scale our impact.

What if all of L’oreal was to copy Saie? Or the whole beauty industry? “That could have such a huge impact.”‍ 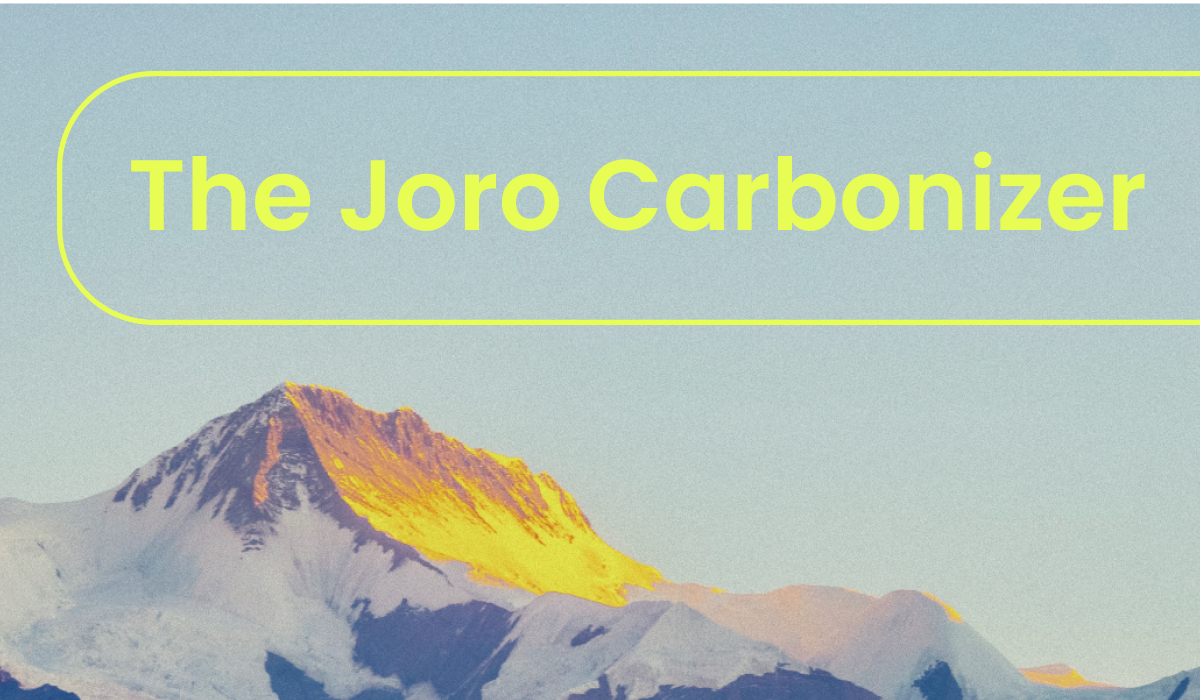